Welcome back into my tiny corner of the internet.

After our short stop in Abyaneh, we are on the road to Esfahan. This was one of the places I had been looking forward to the most upon my trip to Iran.

One Esfahani proverb states that “Esfahan is half the world” (Esfahan nesf-e jahan). One of the many capitals the Persian empire had throughout the centuries, it keeps its refined flair. One of the greenest and most Western, as well as most tourist-infested, cities in Iran. A vibrant city with a rich history dating back before Islam ever reached the country.

So here you can find the 17 best things to do and experience in Esfahan:

The most iconic square in Esfahan and the image that comes to mind whenever we think about Iran. It is one of the biggest and most impressive squares in the world.

The name translates to “pattern of the world” and is part of the UNESCO World Heritage. The whole square is surrounded by the Imam Mosque and the royal palaces. Right behind it, you can stroll through the huge bazaar, where you’ll be able to encounter all types of Persian handicrafts.

Opposite to the mosque towers this royal residence to host high ranking visitors. The building dates back to the 16th century. The most stunning rooms, though, are the music halls on the sixth floor.

The walls and ceilings are intricately built in such a way to guarantee the best acoustics.Unfortunately, I could not experience a concert in those halls, but I can only imagine the sound of musical instruments back in the day. 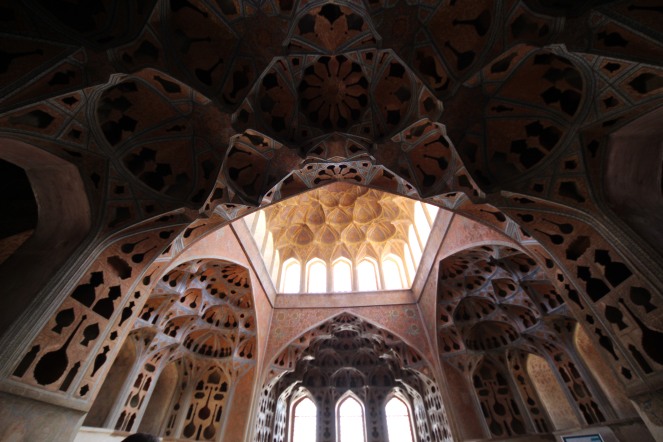 The major attraction in the Naqsh-e Jahan Square, the most famous sight of the whole city, is the Imam Mosque. This building dates back to the 17th century and is one of the most emblematic buildings of Iran’s Islamic architecture.

The main entrance to Grand Bazaar is on the northern edge of the Naqsh-e Jahan Square. Close to the bazaar, you can find one of the oldest tea houses in the area, filled with old objects. 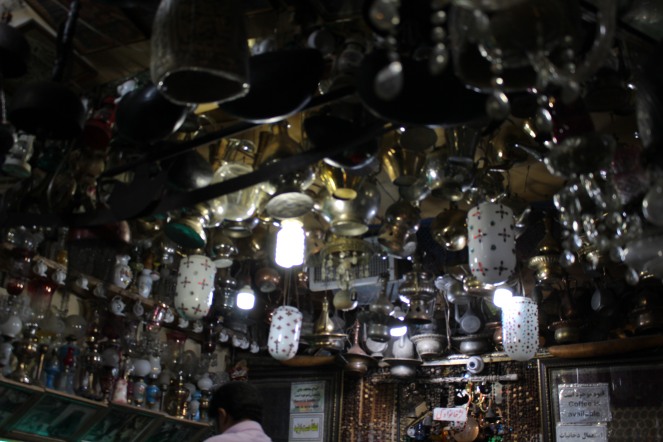 An absolute must is a cup of saffron tea with sugary sweets on the house.

The great bazaar is an enormous and intricate building with high vaults and domes, filled with souvenirs for tourists as well as beautifully decorated plates, silverware and copper dishes. From carpets to jewellery, this bazaar has it all.

Maybe the most suggestive building in the Naqsh-e Jahan Square. Famous for the intricate tile work and the suggestive dome and arabesques. It was built for private use by the shah.

Yet again, another palace, this time away from the Naqsh-e Jahan Square. This palace is nowadays a museum. It is covered in magnificent frescoes, that had been destroyed during the Iranian revolution.

A few of the frescoes depict dances and parties. Some of the images show women barely dressed.

The iconic bridge of Esfahan that literally means “33 bridge” gets its name from the 33 arches that cross the Zayandeh river. Unfortunately, the river bears water only in spring these days. During our visit, the river bed was dry and scorched. 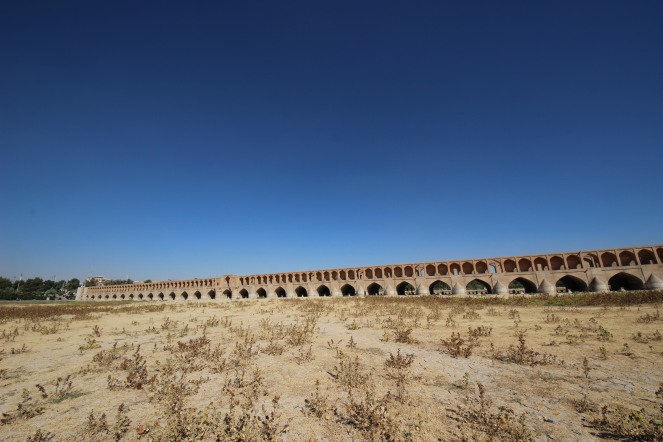 At night it is beautifully lit up over the 300 metres of the bridge.

This mosque dating back to the 8th century is a mix of different architectural influences as well as contributions from Seljuks and Mongols. The mosque is magnificently covered in tile works and ornate motifs. 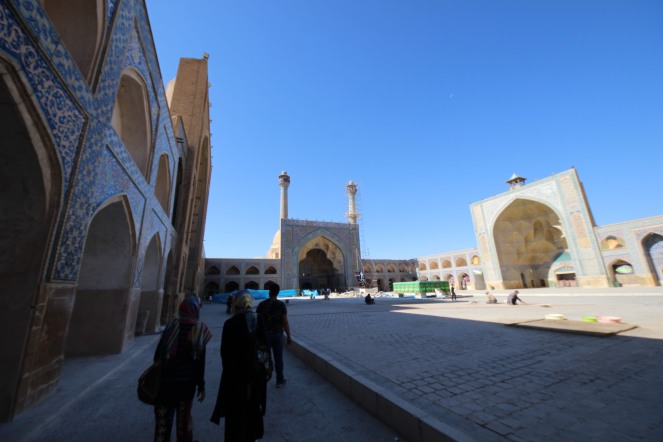 After having crossed the Si-o-seh bridge, you can cross back on the other iconic bridge of the city, the Khaju bridge. More than a bridge, it serves as a building and a meeting point for locals. At night, locals meet at the bridge and stroll along the bridge.

It is not a rare sight to hear local sing and recite poetry of the great poets of old like Hafez. 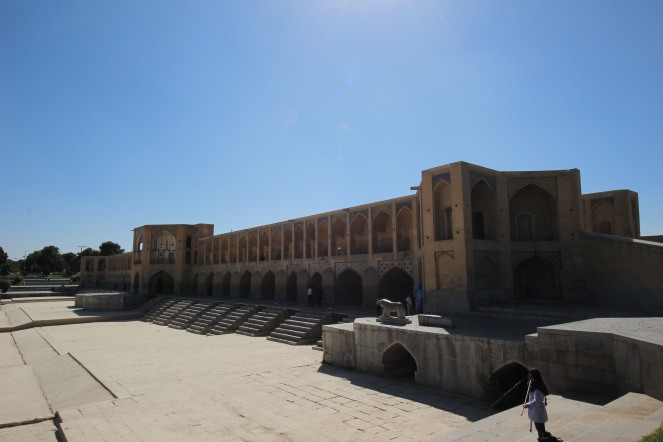 This Armenian quarter lies on the other side of the Zayandeh river and used to be the centre of trade. Armenian merchants and Christian families used to live in Esfahan ever since the Middle Ages. As a matter of fact, the Christian community is still strong in Esfahan and in Iran over all. They are allowed to eat pork and drink wine, unlike their Muslim neighbours.

In this district surge Armenian churches, old houses and cafes.

At the centre of the Jolfa District surges the Armenian cathedral, the Vank Cathedral. This wonderfully painted church depicts biblical stories. The modest outside front hides the marvels of the interior.

Close to the church, you will have access to the museum that tells the story of the Armenian community in Iran, with their Bibles and pieces of art.

Like in the other cities, Esfahan too has a Zoroastrian fire temple and the Towers of Silence. Slightly outside the city centre, you can climb up the towers and have a magnificent view of the city.

If you have time, you could enjoy the sunset from the top of the hill.

The shaking minarets are a building from the 14th century. This undistinguished building holds a peculiar feature, that upon shaking one of the two minarets, the second shakes as well.

It is not certain whether this construction was intentional.Due to the shaking, the construction suffers complications related to structural damage, which has led to only a few performances a day. 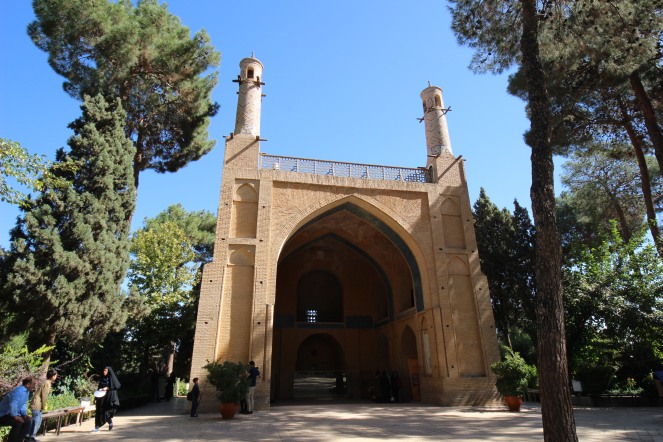 If you are into local cuisine, you should not forget to look for the special dishes of Esfahan. One of the best dishes is, hands down, Beryani.

This dish is minced meat, like a burger, covered by bread. 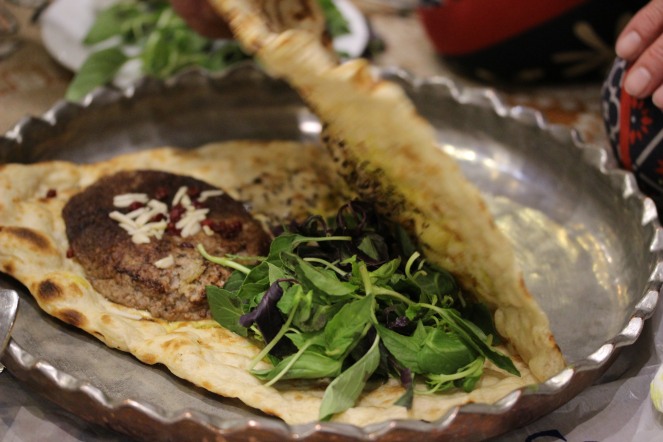 This might be withut any doubt the most peculiar dessert, ever. It has a bright yellow colour, a fruity fresh taste and it contains beef!

A creamy dessert with saffron, beef, yoghurt and sugar. Weird, yet delicious! 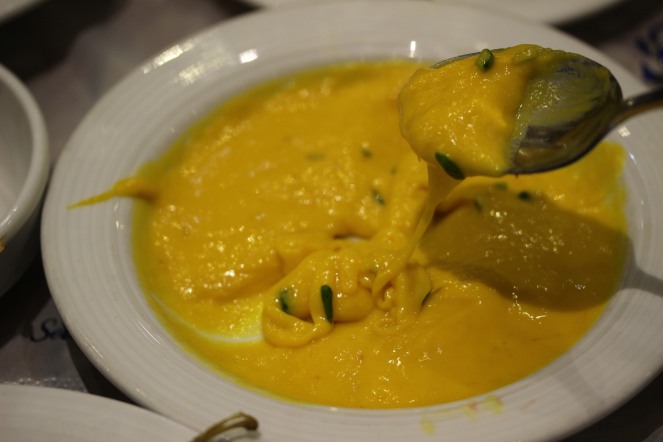 With a full belly, you can go on exploring the many attractions of the city. One of them is the the bird towers in the city. 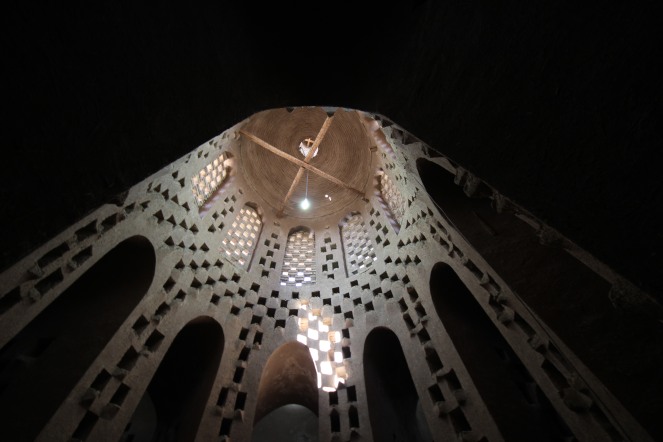 Most of use consider pigeons as a nuisance, a pestilence equiparable with rats. Back in the 16th century, however, domesticated pigeons were an important means to send messages.

Bird towers were built, where these pigeons were bred and cared for. The towers could hold up to nearly 15,000 birds.

One of the restaurants you should not miss out is the Shahrzad Restaurant. It is the oldest restaurant in Esfahan and is renowned by the locals, national and international tourists.

It is an old building with gorgeous coloured windows. You’ll be able to enjoy traditional Iranian dishes as well as more Western-style courses.

If you happen to have more time in Esfahan, you can enjoy the parks, museums and, why not, some cultural events.

Do not forget to enjoy the kebabs and meatballs, too! 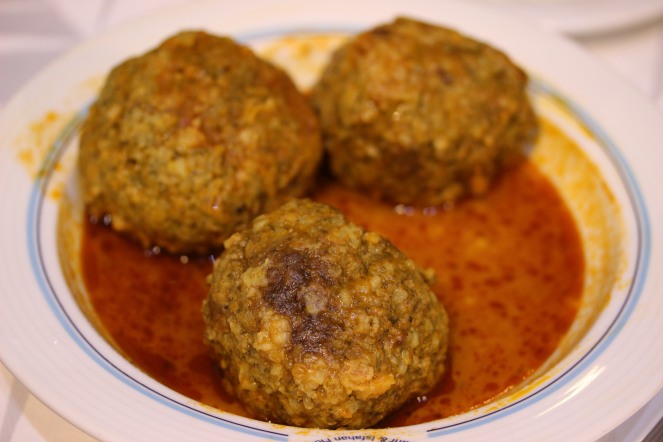 Have you ever been to Esfahan or dreamt of going? Let me know in the comments below.